We Must Initiate A National Reconciliation Summit 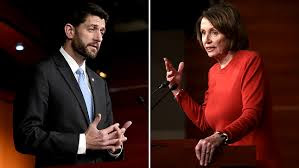 Our nation is in crisis and jeopardy of fragmentation, or worse.  I propose that congress put a moratorium on all legislation and our national political leadership convene an extensive summit meeting to begin the process of reconciliation between left and right, Republican and Democrat, liberals and conservatives.  We simply cannot go on like this any longer.

Gridlock has evolved to near civil war.  Right now mostly a war of words, lawsuits, political contests and legislation.  It is taking us nowhere.  We have huge issues to resolve is we are to continue as a functioning democracy or at best, a facade of one.

These issues include what kind of economy we want going forward, how will that economy provide for productive, life sustaining employment for all needing to provide for themselves and families?  Do we want a federal system on some kind of loose confederation of states ?  What level of protection of life, liberty and pursuit of happiness to we want going forward?  Is there a more fair system of raising funds for government services than the current taxation system?  How much safety net of social services do we want from our federal and state governments, if any?   How will the health and education of our populace be provided?  How do we guarantee equal treatment and equality of our citizens?  What are the duties of citizenship?  How do we protect religious liberty?

I propose that the first phase of the summit operate for at least 6 months along with the legislation moratorium, meeting daily with the goal of crafting a  Bill of Reconciliation to be ratified by both houses of congress and each state legislature dealing with the major issues dividing us, along the lines of the previous paragraph.

Initially the summit would be convened consisting of the Speaker of the House and Minority Leader, Senate Majority and Minority Leaders and  the Chairs of the Democratic and Republican Parties and a liberal and conservative from the sitting Supreme Court. This first phase would be moderated by co-moderators Obama and Bush, recent ex-Presidents.  Legislators would go home for 6 months (excepting crucial votes to keep government services running) and during this period run town hall Reconciliation sessions for input.

Once these are ratified by state legislatures, it would have the force of the law of the land.   The final product might be voted on as a series of amendments to the Constitution though frankly I think a Constitutional Convention process should be avoided given the toxic atmosphere we are in now, which would bog the entire project down much like the ERA. And frankly,  this latter process would take years which in my opinion we do not have before total fragmentation occurs.

I know, I know. This all sounds like fantasy land, but isn't something like this idea worth a try to genuinely get a non-shouting conversation going to restore democracy in America and save our country and get it on a positive track?