2 In 10 Republicans Believe In Authoritarianism And Myth, Not Reality

A recent Pew Research study reveals that about 21% of Republicans do not believe the January 6 insurrectionists deserve punishment.  While somewhat encouraging that a larger number do not support the insurrectionists, this is still a large enough number to successfully overthrow our very fragile and struggling democracy.  A study of world events in governments overthrown, including our own Revolution  suggests this to be quite true and a very serious threat.

The solution?  Communications experts are saying that a massive public discussion on causes and solutions is required of democracy loving Americans, led by the our very necessary media, public figures in many fields of expertise and well regarded democracy loving leaders formed into commissions and panels widely covered by our media if our democracy is to be saved.   This of course, includes massive governing reforms to bolster and increase public confidence that democracy can solve major problems our citizens struggle with every day: economic, social, policing, governing and fairness of our society.  As in the BLM movement, we require a massive public movement demanding help from our leaders in many sectors if democracy is to be salvaged.

This public education requires a massive reinforcement of the necessity for truth telling, logic, rationality, science, the reliability of data and vital importance of critical thinking among the majority not  largely driven by myth and belief over fact-driven truth and rationality.

Authoritarian rule is much easier, more streamlined, requiring little public engagement.  Democracy requires engagement, participation and hard, vigilant work to maintain and improve.  This, for the 20% of Republicans is a likely impossible lift; the rest of us, the majority, must rise up and act now, not tomorrow or down the road.  This likely starts with the elimination of the Filibuster to get anything done at the Federal Level.  Gerrymandering must be eliminated at the local and Federal levels to get this process of saving democracy started.  Anything short of these national and local reforms will result in failure.

How did we get here?  Let's start with religion.  The core Evangelical base of this Republican support for Authoritarianism is a major part of the cause.  This group, along with most other religionists, bases its thinking, if you can call it that, on a massive body of myths, many rooted in Pagan traditions incorporated in early and late Christian theology.  That is a blog by itself.  Theologians have well documented the roots of beliefs like virgin birth, salvation, divine intervention,  miracles and the like.  More sophisticated Catholic theology further amplifies this dependence on mythology and male dominated authoritarianism; things like transubstantiation and Papal infallibility for example and lord knows, Republicanism is strongly populated with Catholics; just look at Republican leadership over the last few decades and the Supreme Court.

The large number of Americans driven by mythological religious belief and also driven by America's penchant for mythology and untruth about our history and origins as a society.  This circumstance is fueled by our failure to reckon with our history of invasion, oppression of those we have displaced  and/or enslaved to meet our economic goals in the Americas and our failure to come to terms with its impact on those we dominate and the success of our current society and democratic governance.

We are not a bad people.  Our origins are not all bad.  We are not unlike societies which preceded ours.  We are human, thus flawed in some ways, amazing in other ways.  We are capable of correcting our ways and improving on our flaws if we engage our brains and consciences.

What remains to be seen is if we and our leaders will rise to the challenge to save and improve on our form of democracy and isolate those intent on imposing their deeply ignorant and greedy authoritarianism on us, the majority.

Is More Civics A Solution To America's Democracy Stupidity? 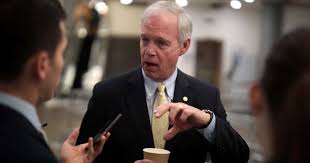 Some propose improving and expanding Civics education in our schools.  I presume they mean our public schools.  25% of us attend private schools, 78% which are religious based, which raises all kinds of questions about reliance of facts, critical thinking, the scientific method versus "faith" and "belief" not requiring verification or rational challenges.

But, let's suppose reaching 75% of us with rigorous, fact-based, verified data and truth about our democracy and how they are impacted by self-governance would make a big difference in Civic participation. Let's examine first the concept of self-governance.

So, would better and expanded Civics education change that materially?  I have serious doubts.  In my own family, deeply exposed to politics, government and political engagement  some are on record saying "fuck politics".  I wonder if my own experience is mirrored in the broader world of our population.  I don't know but deeply suspect that it would have little impact.  That does not mean it is not worth trying if our very democracy is at stake. Which it is at this very moment.

Here is what Civics educators have to work  with in the families surrounding our young Civics students.  According to the Annenberg Public Policy Center in a study published in 2018, only 26% of us can name the 3 branches of our government.  18% of us trust our government. Other studies tell us only 30% of us know that the House of Representatives have 2 year terms and only 25% of us can name the 5 freedoms guaranteed by the Bill of Rights.  23% of 14 year old eight graders are proficient in the National Assessment of Educational Progress Civics Exam.  Only 9 of our 50 states require one year of Civics education in their public schools, only 32 of these states require instruction on American democracy and other systems of government, Constitutional history, the Bill of Rights or how to participate in self governance. Only 6 states require Civics education of any kind and 8 states require none.

Colorado and Idaho are considered models of really good Civics education. Their respective turnouts in the 2020 election, in the 84-85% levels, with very different Presidential  preference results suggests that I might be wrong.  I hope I am wrong.

There is now serious questioning going on about the factual content of our American history education in public schools, valuing mythology and over actual documented facts about the failures of our founders and their successors in providing democratic governance for all of our citizenry over the course of the many decades and centuries of our history dating back to the 1600's.  That is is the subject of a raging public discussion today and that is both welcomed and invaluable in looking for solutions to ignorance and susectibility  of a significant plurality of our citizenry to cultish preference for untruth and the faster, easier adoption of authoritarian governance over the plodding, sometimes ineffectual methods provided by self-governing and citizen engaged democracy.

Some are advocating some form of national service as a solution.  There is evidence with some other democracies that this improves public engagement  and tolerance for differing cultural and ethnic backgrounds.  Yet, in many of those European democracies there is a similar trend toward right wing, authoritarian fascist movements as we are currently experiencing here in America.

There is no question that major reforms are necessary to make our democracy more responsive to the needs of our citizens, all of our citizens and less manipulated to the ends of hyper capitalism so pervasive in our country and its destructive influence on the success of citizen driven public engagement largely ignored by the majority of our people, driven by the failures of hyper-capitalism to provide for the basic needs of a huge portion of our populace.

The jury is out on Civics education.  It is well worth attempting to improve and make relevant to a people mostly driven by the need for economic and social stability.

Posted by stan merriman at 9:47 AM