How Do We Live With These Fascists? 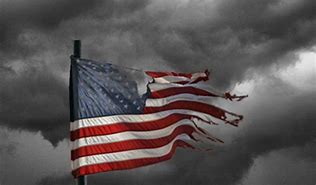 There is much talk these days about a pending civil war. I for one do not feel that I need to engage these anti-democracy people in any kind of combat as a foot soldier for democracy.  They are just not worth giving up a life for.  I guess I'll just have to depend on our federal military to take that risk should these deplorable fascists launch such a war against what is left of our union.

I will continue to engage them in mental, verbal and intellectual combat, knowing that convincing them that democracy is a better way to live is next to impossible.  They want authoritarians to make decisions for them rather than engage in the hard work of participating in self government.  These people are authoritarian personalities either genetically or culturally.  That is the way they want to live.

They are going to have to decide if they can live with neighbors who value self governing and or as their 60's moral majority predecessors used to tell us liberals, "Love it or Leave it."

The elections of 2022 and 2024 will likely determine if we will choose democracy or fascism.  I have been warning those around me for many years now that fascism was on our horizon.  It has been lurking in the nooks and crannies of American life for many decades.  Racism has been a major driver to keep it churning inside the American experience.

We are largely dependent on the roughly one-third of our citizenry who do not participate in our elections to join with the plurality of us who believe self government and democracy serve us best.  If we can mobilize enough of the non-participants to join us as the polls, we have a chance to return the fascists to their red communities to suffer in silence.  If that mobilization does not materialize, we pro-democracy Americans will have to either craft ways of surviving fascism or defeating it.

We pro-democracy Americans will have to become strategic rather than election to election tactical as the promoters of fascism through such decades-old organizations of the Republican Party as the Federalist Society and movement conservatism have done.  Democrats and Liberals have failed to establish long term  strategies on the offensive, looking decades forward as have the Republicans and conservatives.  We have a myriad of  groups competing for funding working various niches of the pro-democracy world who could unite into a much more powerful force for progressive change and reform but haven't.  Their competition rather than cooperation has produced defensive tactical actions each election cycle which has reduced their effectiveness to incremental slowing of fascism but not outright defeat.  But movement conservatism has powered its way through liberal incremental defenses to the point of national crisis evident at this very moment.

We may now have to settle for a grinding pro-democacy education and marketing  process spanning several decades ahead to overtake the fascists.  They were quite clever in embracing Trump and powering his cult like following.  They know what they are doing, but so do we.

Good governance has not been enough to convince the American electorate at large that democracy is of value to their lives.   It is going to take education, persuasion and marketing of pro-democracy thinking aimed at future generations to build the support needed to sustain the success of liberalism and democracy.  Republicans and movement conservatives have done very astute marketing.  Liberals, Democrats and pro-democracy Americans have created laundry lists of policies which are unmemorable and as communicated, unconvincing as our current affairs would suggest.

Let's unite on the pro-democracy side and build a strategic program.  Or, wallow in the misery of cruel, selfish and punishing fascism.

Posted by stan merriman at 1:57 PM