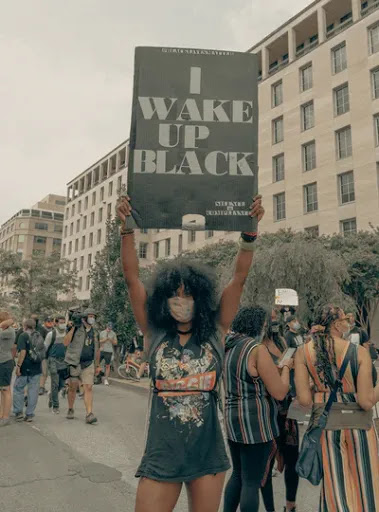 I grapple with a dichotomy.  The white despair documented in rural and small Midwestern and Appalachian towns beset with industry/work abandonment resulting in unemployment, poverty and drug addiction to blunt the pain of living in such a circumstance. In contrast, the Black anger resulting in hopeful activism to end injustice and second class citizenship such as the BLM movement or the massive voter turnout for Biden in 2020.

Prior to economic ruin in these white communities, these tragic people and their immediate ancestors were blessed with secure middle class jobs, their choice of housing, access to education to advance their lives and a culture of privilege based on their ethnicity and political clout.  Many of them lost this lifestyle as result of offshoring of employment and massive changes in industry.  Some restored their political clout through politicians who demonized ethnic others as having stolen their lives.

In urban centers,  many Black people, while enjoying similar economic security with urban manufacturing jobs to which they and their families migrated off their tenant farms in the 40's and 50's. As those jobs too out migrated to foreign shores, they too lost security and stability with their lives. Many expressed their despair with gangs, conflict and drugs.  But in their case, they had never experienced choice in housing, access to quality education or a culture of privilege as had their white counterparts.  Some restored their political clout through civil and voting rights activism resulting in politicians who advocated for them, often with stiff headwinds.

Yet the rural, mostly white Americans seem for the most part to be wallowing in their misery and attacking Black and liberal citizens for their plight with no cause and effect evidence.  And they seem stuck in their terrible situation without exercising their voice to the greater society to address this inequity.  I see few ideas for solutions coming out of this sector of our society, not even from the mostly conservative political representation that seems to be failing them.

On the other hand, from a significantly more historically oppressed sector, the Black American community, you see courageous work to replace inadequate political representation with brilliant, motivated leaders like The Squad.  And massive street protests drawing attention to policing violence against all of us and major efforts to reshape public sector approaches to both policing violence and social services designed to provide help and support.  The Black Lives Matter movement is self help at its finest.  All of this energy from an oppressed people defies logic considering the decades of disappointment they bear coming out of our our Civil War.

I am hopeful these two sectors of our struggling society can come together with leadership to address making their lives better, which will make all our lives better.  Massive economic and political change can rectify our societal failures.  Street action, speaking truth to power and leadership from allies in their cause can produce solutions if we trust and engage our democracy.

Posted by stan merriman at 9:28 AM