One thing I've learned in many decades of living is that you no sooner get stuff fixed in a democracy and someone comes along and breaks it again.  It is a perpetual cycle.

I recently heard a young person criticizing boomers for leaving him with a mess of stuff that needed fixing and he blamed them for allowing them to be broken.   Sorry, young man, many of us boomers and earlier generations worked our asses off fixing broken stuff.   In my lifetime, civil rights and voting rights.  Segregated schools.   Choice for women and families.  Terrible, dumb wars with no purpose.  Humane treatment of immigrants.  The right to collectively bargain for decent wages and benefits.  We even thought we had fixed hate and discrimination at least to some extent with the election of our first Black President.

But, here we are today.  Having to fix this stuff all over again.  And the breakage seemed to occur with lightening speed.  And the repair work ahead is likely to last for generations.  That is because, some of us got lazy; some got smug that the job was done.  Others of us thought no one would have the indecency to fuck things up and retract progress.   Some of us thought holding out our vote for good but not perfect people was okay.  Others of us thought that just voting, but not working in our communities was enough.  Some of us thought that as long as we concentrated on our own families, that would be enough and was our only duty.

Sorry, that strategy didn't work out for you. You complained, but didn't act to engage in the actual repair work in a timely way.   You and your families, some of you. may be okay through the breaking things phase.  But you have a duty, in a democracy,  to care about and care for others not so fortunate.  And pitch in to help them.  It starts with caring about them and the democracy that has served you well for a good part of your lifetime.

It is time for you who watched the breakage but did not act with those of us, not enough of us, to start the repair work while the breakage was fresh, to now get off your asses and lend a hand.  You can do something.  Everyone has some capacity to do something.

Help a democracy appreciating candidate.  Volunteer in your community.  Join reform groups doing their work. Run for office.  Preach the gospel of repair work. Write stuff.  Send letters. Blog.  Send money if nothing else.  And encourage others to join with you in fixing broken things.  Just voting has proven to be not enough.  Sorry,  I know it means extra work, more hours not fishing or golfing.

Now get a move on.  This is really serious.  A dangerous time for democracy.  It is not too late if enough of us give a shit.  Act.  Now.

Oh, and you people breaking stuff, sorry, but fuck you.

Posted by stan merriman at 1:11 PM 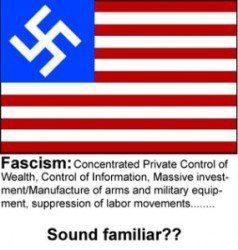 Liberal democracy is hard.  It is slow.  It requires public engagement and continual nurturing.  Many Americans, maybe up to about 40% , find the work just too demanding.  Yielding to an authority "who is the only one that can fix this" really is much easier.  Those who lean towards a Stern Father form of governance are finding Trumpism appealing.  They didn't like gridlock.  Who does?  They felt the economy and social trends were not advancing their interests.  They mainly care about themselves and their families, seeing societal problems as mainly the fault of those who don't take care of their family responsibilities.   They find the prosperity gospel appealing because they believe that if they are righteous, they will prosper.

These are the people who by and large are not civically engaged.  They vote, as they showed us in 2016, but that is about it.  They are used to yielding, social influence in their families and neighborhoods, which they prefer to be like them and their kind.  They don't like change excepting when it benefits them.  They rail against bureaucracy, paying taxes, social advances for groups that don't look like them and blame economic stagnation on the government, not loosely regulated  corporations that employ or provide them income.  In  the main they do not engage in civic life, seeing their family responsibilities as singular.  They see those of European descent as superior, morally and culturally.

Governance by edict can make things happen fast.  Government by compromise is often slower and less efficient in terms of making things happen fast.  Thus the appeal of authoritarian fascism took root in places like Argentina and Chile in our own hemisphere.  And the same appeal in Europe  in Spain, Italy and Germany in the 1930's and 40's when economies were not providing prosperity for many. Other countries exercised authoritarianism not in conjunction with an independent industrial and commercial sector, but through economies managed totally by government such as China and the Soviet Union.   We had an early moment of truth in our own nation with a devastating civil war based on a fascist and racist culture who preferred to take the lives of tens of thousands than compromise their authoritarian Confederacy of slavery for a common good.  A horrific war resulted in Europe when the authoritarians insisted on imposing their values on those committed to the hard, slow work of democracy. Authoritarianism lost in all cases, but it took the horror of war to resolve the conflict.

All of these social systems have one characteristic in common with our capitalistic system;  an elite segment of the society garners most of the economic benefit and power.  Our founders were in the main educated elites.  Our government leaders mostly come from elite, privileged segments of society.  The same is true of authoritarian led societies across the globe.   The Trumpite segment of our political sphere do not see democracy as method of governance that can benefit them......it only benefits others and their world view is that they want the first claim on both benefits and power.

Theirs is not an egalitarian or idealism driven view of the social order.  Theirs is a Ayn Rand libertarian view of I'll get mine and you're responsible for getting your slice of the pie.  Yes, they go to church on Sunday and are often led it prayer for others, believing that  a god is responsible to care for the subjects of their prayers.  And they are often happy to join others in their church in providing assistance to those in need  because they all see merit for such assistance in the same way.  Many see the merit of helping others on a micro level; adopting a disadvantaged child, taking food or clothing to a needy family.  But they don't see their responsibility as extending to support or assistance for groups through government agencies, using their tax dollars.  They have an authoritarian view that they alone can better determine who is worthy of their assistance.

Those well intended people who urge me to reach out to Trumpites with the belief we can find common ground will have to explain to me exactly what common ground I can share with these people.  Where is it and what does it look like?   And how does this reappearance of authoritarianism differ from the past which had resulted in war, death and destruction?  What is different about this time? Have we favoring democracy learned from the past?  Have Trumpites learned from the past?

Only time will reveal the answer.  In the meantime, those favoring democracy, Resist with all the strength you have.

Posted by stan merriman at 9:37 AM