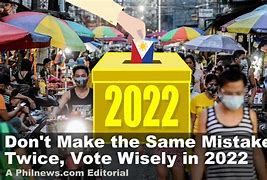 Republicans are trashing the truth with their bullshit about key issues American voters care about in casting their midterm elaections votes.  Here is some solid truth to drive your vote on November 8 on inflation and crime increases.

We're all feeling it.  The receipt and the grocery store and the gas station.  Food bought for home use is up 13% in the past year. The Consumer Price Index has a target of a 2% annual increase. Republicans tell us it is Joe Biden's and our federal legislator's fault.  NO IT IS NOT.  Data and research tells us it is over 50% caused by increases in corporate prices and resulting profits.  This is hard data from the non-partisan Economic Policy Institute.  And a more than 25% increase in their non-labor costs.  Things like increases in fuel and transportation of goods,  supply chain disruptions,  WTO limits on stockpiles of goods and Covid as well as the impact on the flow of goods like wheat from the Ukraine invasion.  No, Joe and your Democratic Representative/Senator didn't cause these factors.

Dems are instituting solutions: Such as, major changes in the tax law for 2023 to give taxpayers lower taxes to mitigate the impact of inflation on family budgets, the Inflation Reduction Act and the most recent increases in our petroleum reserves.  Short and long term solutions.  What are Republicans doing?  Nothing but opposing these measures.

Always a Republican attack tool, implying the centers of recent increases are our heavily minority populated cities.  Here is the latest data from state crime data and and FBI.  Much of the recent crime increases are seen in violent crimes.  With most of the violence involving guns/firearms.  Guess who adamantly oppose reforms to our gun laws?  Not, Democrats, nor even much loved law enforcement officials, advocating major changes to reduce gun violence  through mass shoots.  No, the leading, top 10 states with the highest per capita violent crimes of murder are Mississippi, Louisiana, Kentucky, Alabama, Missouri, South Carolina, Arkansas and Tennessee, all red states.  Only two blue voting states are on the top 10 list, New Mexico and Georgia.  If you look at violent crime data (murder,  armed robbery, assault, rape), added are Arizona, Michigan, South Dakota.   Crime a big city problem?  Yes, but  the two leaders in violent crimes per capita are Anchorage and Memphis, ahead of the big minority populated cities you usually think of such as NYC, Chicago and LA, who certainly have crime issues they are dealing with.  Oh, and did you know that overall, crime rates are about half today of the rate in 1990 ?

No, we are not supporting defunding police departments.  Quite the contrary; we are advocating adding crime mitigation with increases in social workers and violence prevention training and staffing.  Democrats are aggressively advocating gun reforms including such measures as increasing the age to purchase, background checks, safety locks on guns and in many cases, limitations/banning of  the purchase of weapons of war by citizens/civilians.

So, my appeal to all rational voters out there is know the facts on the roots of our major issues and the role our parties play in proposing and initiating government measures to address solutions.

Vote with critical thinking on November 8.