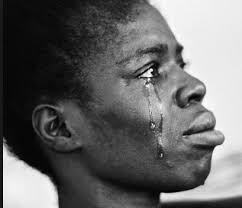 Don't get me wrong.  I cherish the love that I live with and that inhabits my life.  I have a great home, neighborhood, family, spouse  and friends.  Pretty good health.  I feel good about the life I've had that fate and whatever talents I have used have given me.  I'm one of the lucky ones.

But looking beyond my own experiences, what I've seen in 2017 deeply disturbs me.  I tried to be an engaged citizen, looking beyond my own doorstep to do what good I could do after performing my responsibilities for my family.  I engaged in the fight for racial and social justice with the time and tools I had.  I joined others and led others in trying to avert or end wars that did no one any good.  I tried to elect and support leaders who could uplift my fellow citizens, especially those supporting children in education, disabled with needs and older citizens as well as healthcare for all of us.

I thought as the mid-2000's approached I saw some progress.  But then as 2016 arrived, I began to see reasonable voices being muted by angry, ugly sounds.  The sounds of bigotry, intolerance and outright hate began to dominate.  Very quickly, my vision and that of fellow liberals for an American life of some security, some prosperity, some enlightenment through education and a sense of community on the commons became blurred.  The angry voices, voices of resentment of the presence of people different from them dominated.  My certainty that we had overcome the greed is good 80's era became unsettled.  Even with the unsettlement I was sure America's rational side would prevail against untruth, exaggeration and facts-free diatribes.

My certainty and optimism was overwhelmed in November 2016.  I awoke after election night to a new world I thought impossible.  Sure, we had faltered and made huge mistakes in the decades I had experienced before.  But more often than not, falsehood was replaced with truth, injustice with at least some justice and errors at least accounted for if not rectified.   America's better angels mostly reigned again after dark periods. Yes, assassins took the lives of JFK, MLK, Malcolm X and RFK.  But some redemption came with the Civil Rights and Voting Rights Acts and the ending of the Vietnam horror.  Again we tragically stumbled with another horror, Iraq.  Some redemption arrived with the election of our first Black President who helped us save our economy from another great depression and gave healthcare to millions more of our fellow citizens without it.  Few understood how close we came to total economic collapse.

Yes, the economy emerged weak and faltering.  This not being a planned economy like in socialist systems, we relied on the commercial sector to rectify wrongs  and correct deficiencies.  Monetary policy changes, currency stabilization and other financial measures, including a fairly large stimulus package helped, but didn't do the job that industry needed to do to assure themselves a stable, secure and capable workforce.  Industry had other ideas.....globalization, outsourcing, downsizing, robotics and earnings hoarding and improved shareholder value were among those ideas.  A sense of community and civic responsibility values were abandoned for the most part.  The company as good citizen disappeared.  Those days were gone.

When James Carville coined the axiom It's the economy, stupid, maybe he had an insight we missed.
When jobs and retirement became uncertain, when incomes failed to match increases in housing, education and family budgets, who got blamed?   Liberals for their solutions......ask wealthy and corporations to pay their share in taxes, which they had not for 40 years.  Minorities, especially Blacks and Latinos were blamed  for wanting their share of the economic pie they'd been denied. But they were perceived to have taken more than they actually deserved, being minorities.

So, ugly emerged.  Hate emerged, untruth became an alternative truth, not objective, proven truth.  And rather than the wealthy being the takers and hoarders,  poor people and minorities became the perceived takers and government the facilitator of the taking.  Republicans turned this into public policy via their Tax Policy adopted on 12/20/2017.  The cruelest irony?  Republicans gave the worst prepared candidate for the Presidency in American history the Presidency to further discredit government, knowing he'd appoint anti-government ideologues to every executive office under his control.  This is the libertarian wet dream.  And to further discredit government, they gave us a corrupt, multi-bankruptcy industry titan with some kind of brain disorder and an inability to string together a coherent sentence using actual words.  But, through him they have managed to finally pull off the looting of our collective treasure, and transfer it to the wealthiest 5%.

I do not know if America as we had hoped it might be can survive this.  For sure, at 81 I won't live long enough to find out the outcome.  All I can do at this point is advise anyone listening, including grandchildren that if you're 40 or under, seriously consider immigrating to a country that can give you some certainty for a happy future.

To my young readers, google fascism.  Read my blog on that topic if you want to take the time.  To my middle age and elder readers, you know what has been sealed on December 20, 2017.  The inauguration of fascism  in America.  The system we fought our most honorable war to end with our allies in Europe when we defeated Germany.  We have become what we hated.

Commerce-An End In Itself To Republicans. A Means To An End For Democrats 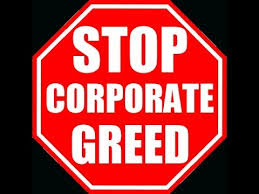 I have been grappling with a simplified explanation for the essential difference between Republicans and Democrats in a discussion I am having with a family member.  They are very bright but also very busy (doing commerce and family), so brevity, not one of my long suits, may be helpful.

I think I've found a good way to explain the difference some attribute to brain wiring, others to cultural or social influences.  Here it is.

Republicanism is mostly about commerce.  Commerce is viewed as a marker of personal success to Republicans; for some attributed to some kind of divine intervention to reward the "good" people.  It is embedded in their theology. Other Republicans see such financial success as the reward for hard work, affirming the higher, better motivation among some of us to "succeed".  They see poverty as a personal failure.  In this culture, the way to financial success in through commerce.  Some may find it through entrepreneurship, others through working in the corporate vineyards.

Thus, Republicans idolize commercial and business leaders, titans if you will.  The country clubs and gated communities are full of them and that is a great place to be to network into your own financial success.  But even those living in modest exurban bungalows admire the titans.  This is exemplified by Donald Trump's success in that voting sector.

Democrats, on the other hand, see commerce as a means to an end.  The means is trade and exchange between people and organizations to generate income to be enjoyed by individuals/families and shared through taxation.  Thus, Democratic public policy, while supporting capitalism, favors collective assistance via government to assist those in need of it.  Children, disabled, elderly are examples.  If theology motivates some Democrats, it is a mandate to assist the poor and less fortunate among us.  If humanism is the motivator, it is the desire for a fair and just society favoring no privileged group as a means to a peaceful society with a minimum of conflict between competing groups.

This is the end for Democrats.  If some with to strive for wealth, they are free to do so with the understanding that if success is achieved, some modest amount of it is to be shared, again to keep the peace and because it is just fair to do some sharing.  That sharing takes the form of Social Security and Medicare for retired, disabled and healthcare for middle class citizens, which we all contribute to like an insurance premium. Other assistance is provided by taxes we all are asked to pay for healthcare for children and the very poor, CHIPS for other low income people, food assistance, financing of public education and post-high school training and education.  Democrat icons are seldom  business titans.  Many of the most admired are those who strive for social and commercial fairness.  This is exemplified by Democrats admiring leaders in social and reform movements like Barack Obama.

So, to my young family members, you indeed have a choice of association.  Some may call it a tribal affiliation.   I'm at peace with my choice.  I hope you will be too.
Posted by stan merriman at 12:19 PM