I Grieve For Houston 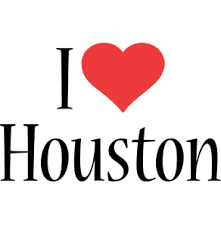 I cannot take my eyes off the weather channel and CNN coverage of the disaster besetting my beloved home for 45 years and the suffering of all my friends there with this massive catastrophe.
You may have noticed a press conference held by their respected mayor as the disaster unfolds.  Sylvester Turner, an excellent Democratic state representative and son of  Houston's Acres Homes community is calmly advising his fellow citizens of help forthcoming to save them from further harm with nearly 50 inches of rain in a period of a week, typically a years worth of rain for this tropical climate.  Sylvester is a Harvard educated black man who loves his diverse city.  His presentation is followed by information from Houston's Hispanic police and fire chiefs and Anglo Republican County Judge.  This is bipartisanship and multiculturalism at its very finest.  This is my beloved city where we raised and educated our four children.  I'm very proud of their bravery and resolve.

What was so impressive was how the Hispanic leaders smoothly switched from English to Spanish in their presentations, representative of the so very treasured multi-cultural environment that is Houston.  It will be very tough and very expensive but Houston will rebuild and once again prosper for its people because the residents there really show love to one another even under these most difficult circumstances.   It is a model for much of  a very racist and bigoted red  U.S.A.

But rebuilding will be challenging because it is at sea level or slightly above and decades of ignoring reality in its face regarding its primary industry, oil and gas as major contributors to the climate change have to be reconciled with jobs and prosperity.

This is the message I want to be heard by my Delaware friends.   Houston, for all its goodness ignored reality and science, though much of its industry is very science based.  It welcomed and actually ushered in the oil industry which has driven so much of our national economy.  Not unlike Delaware's welcoming of chemicals as the basis of its corporate economy.  Now both Houston and Wilmington face the challenge of both mitigating the local environmental damage but also the demise of these lucrative industries which provided prosperity and comfortable livelihoods for their citizens.

Further, Houston, in the interest of fulfilling the demands of an increasing population partaking of the prosperity, built residential and commercial properties with abandon.  In Houston's case, no zoning exists to protect and provide sensible design for communities both residential and commercial.  Yes, standards of construction and development exist, but were both loosely regulated by city and county government and often skirted for economic advantage for developers and builders.  Houston as also been known as a developers paradise.  Growth was its primary goal and boy howdy did it ever happen.

The result has been concrete where grass and soil should be to absorb water draining from gully washer rains this tropical climate produces.  Yes, bayous were engineered to mitigate drainage but the planners didn't or couldn't account for the massive growth this 4th largest American city experienced.  Houston began to experience flooding beyond normal expectations starting 30-40 years ago.  Planners simply couldn't/didn't account for all that explosive growth.  And planning was always skirted to foster growth.

Who can criticize this very human phenomenon ?  The conflict between commercial prosperity and more esoteric and sometimes futuristic consequences is an age old conundrum.  Crystal ball readers have and never will be as popular as those bearing gifts to enhance prosperity.  It simply is a human failing.  But one Houston and Delaware must confront.

Some of my fellow Delawareans have heard in recent days about AddicksBarker Reservoirs in Houston and the release of water cause more flooding during the current catastrophic flooding.  This is because there are now flaws in the structure of the dam threatening breakage of the walls.  Houston has been warned for several decades about this infrastructure problem in the hands of the Corps of Engineers.  The warnings have been ignored in the interest of growth and prosperity.

An environmental engineer by the name of Jim Blackburn has brought the science of this dam issue threatening hundreds of thousands of nearby residents for decades.  All of Houston's elected officials and county officials are well aware of Jim's science and systematic forewarning but have looked the other way because it will require massive investment to shore up the walls.  This means tax money and you know Americans and tax issues.  Anathema to even liberal political leaders who don't want to face the heat.  Yet another very human trait. But now Houston has to face up to the truth of  infrastructure spending or absence thereof.

So, Delaware.  Be forewarned.  Here no one wants to talk about sea level rising, a climate change reality we face in a big way.  But we have to both talk about it, as well as toxic waste in our rivers and land from years of industrial pollution.  It is either face it now or face even more dire consequences as my beloved Houston is currently facing.   We owe it to future generations, though I realize this is a really vague, elusive concept.

Lessons to be learned from Houston's tragedy, both man made and made by nature.

More Deplorable Than Many Imagined

60 + million of us imagined the deplorable situation America finds itself in because we had civics classes in school apparently many didn't, read history, talked to relatives who like some of us, experienced Nixon and Reagan and before them, the depression, fascism and WWII.   We are the people who think critically and understand republican democracy compared to authoritarianism.

The other 60+ million didn't and mostly still don't.  They really don't care about democracy.....they only care about their own small bubble.  That goes too for the few million Stein and Johnson voters who do not understand the give and take of democracy and also live in their own little bubbles and ultimately, gave us the Presidential choice of the first 60+ million above.  They live in their own authoritarian  mental space with a dose of greed and selfishness in the case of the libertarians. 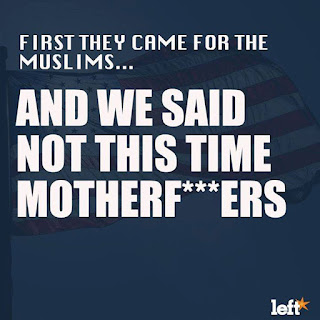 So, here we are.  Yes, the deplorables were properly defined and are on the sidelines, if not the marching columns, cheering on the Nazi's, KKK'rs and Alt righters trying to move us to violence so they can vent their rage through these deviants.

The Deplorable rage is about privilege and bigotry learned I guess from their parents and some peers.  Their rage is about their own failure to secure the economic future they envisioned when they mostly didn't educate themselves beyond high school thinking they didn't need to be more learned or more informed to succeed in life and career.

We will defeat them with love, generosity and non-violence.  And when we finish, we'll lift them up and give them a chance strive for their dreams, if they have any.
Posted by stan merriman at 11:31 AM