Democrats Answered "What Have You Done For Me Lately?" 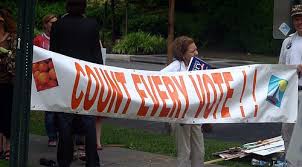 Voters asked Republicans "What Are You Going To Do To Me Now?" So the Red Wave didn't materialize and Blue washed over the electorate. The Call To Activism site listed these Biden administration wins for our citizenry:

.  Took out the leader of al Qaeda

,  Significant reduction in the national deficit

.  Expanded the NATO Alliance and major support for Ukraine

,  Life saving interventions to mitigate the tragedy of the Covid pandemic

.  Applying the Rule of Law to Jan. 6 insurrection participants and planners

Writer Thomas Clay Jr. and I  point out that the Trump Insurrection administration:

.  Killed more Americans than the Nazi's

.  Got banned from social media

.  Received and filed more lawsuits that any other President

.  Supported efforts to suppress the vote

.  Flushed and destroyed national documents in the White House

.  Voiced more documented lies that any other President

.  Welcomed the support of avoid racists and fascists and supported them

.  The First President to face state and federal indictments for illegal behavior

.  Advocated falsely that the election he lost was stolen from him

And with this record managed to maintain the support of friends and family members who refused to disavow him and refused to support Joe Biden.

AMERICAN VOTERS SHOWED WISDOM IN THE MID-TERMS BEYOND MY EXPECTATIONS.

Posted by stan merriman at 2:39 PM