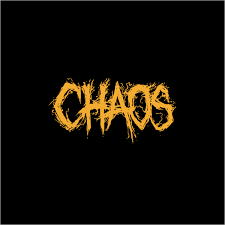 How do we reach these 60 million + Americans who have given us this Trumpian chaos?  Is this what they intended?  Democrats could not reach them with logic, rationality and facts.  This was true of both Democratic diagnostics and solutions.  Are they in fact reachable?  Teachable? Persuadable?

Some clearly want to punish those of us who gave them and America our first black president.  They will continue to want to punish because their hate trumps everything else.  They hated that Obama, no drama Obama,  who calmly and rationally gave them some stability out of economic and foreign war chaos.  They hate that he succeeded on many metrics, though metrics mean nothing to them.  This breed of Trumpian is beyond reach. They want reversal of Obama's calming, stabilizing and tolerant policies purely out of spite and resentment for the success of others.

I don't think so but as an optimist I am open to the possibility of some event or series of events that would move some of them to embrace an alternative to chaos.  As authoritarians is is unreasonable to assume that they find this chaos acceptable to their lives, which mainly is all they care about.  Authoritarians like control, as long as it is in their hands.  Surely, even on an emotional level they see the current situation as not in their hands.  They like predictability and don't like surprises.  Every day under Trump is a shocking surprise.

They bought the wall, immigration of only people like them, trade deals where their jobs stay here, control where they feel on top of the social order hierarchy or at least not losing out to those who don't look like them.  All sold to them on a purely emotional level with the practice of marketing/advertising my fellow Democrats never have comprehended.

So it seems reasonable that alternatives can be sold to them on an emotional level if Democrats can bring themselves to engaging people emotionally as well as rationally and intellectually. We'll never make urbanites or cosmopolitans out of them.  That is a lifestyle we embrace and is as foreign to those rural and exurbans as, say, Indonesia.  Or Africa.  We are going to have to meet them on their turf there in the red hinterlands.  They are not going to leave.  Those that are not indigenous rurals are there because they or their parents escaped to the pasturelands, woods and mountains in the stampede for the exists from school and housing integration in the adjacent cities.

They embraced their local main streets and mom and pop stores until saving a few pennies at Walmart became an option previously unavailable to them.  They quickly abandoned their neighbors' businesses because they are largely not about community (except a few indigenous locals who maintain that incredibly generous tradition).  They are about the American Dream, getting rich themselves and caring less about those who didn't/couldn't compete.  Sadly, few of them got rich; maybe the local car dealer and tractor dealer, but the rest just scraped by with that factory job.

But, then, with the votes and help of their Republican congressmen, those factories  passed out the pink slips and headed to the hinterlands.  They went overseas or merged with other corporations for greater efficiency, meaning, scaling back labor.  This included moving from union to right to work states so they could pay lower wages and benefits.  Or, no benefits.  So, like many of the exurbans who headed out of the nearby city, the factories headed out of town.  Pretty much the same mentality.

Now we have boarded up small town red America.  And they want to be saved.  Can't blame them.  They didn't go beyond or many didn't finish high school, so other than the trade they learned at the factory, they are without needed skills.  So, many resorted to opioids and some fraudulent disability support.  It is ironic they or their parents accused urban/minority persons of milking the welfare system but they now find themselves replicating that option.

Joe Biden is telling us that that manufacturing plant can be reopened out there in the hinterlands.  You've got to be kidding me.  So, by some magic Motorola, if they even exist anymore, will return from Bangladesh and reopen in say Canton, Ohio and save the Trumpian Cantonites?  Not on your life. The Cantonites are going to have to take charge of their economics and through some sort of community cooperative organization create a industry or two that fulfills some unmet need elsewhere in Ohio.  And many of these people would have to sell a house that is nearly paid off for a pittance and relocate and maybe rent to retrain or work in a new plant 300 miles away?  Really? And this is going to require a lot of help from the state and likely the federal governments to help them find the unmet needs for new products and services and provide financing.  All of which defies these Resentful's strong distaste for government "interference," because this is going to take some policies, rules and regulations.  Yes, and taxes, probably on others, mainly the non-Resentfuls and 1 % ers .   Or, pay them some kind of life sustaining stipend funded by others, mostly in Blue states, an idea that Joe Biden hates because people need the dignity of work for self respect.  As if they had any in the first place.

And all of this is going to have to be sold to them on a purely emotional basis appealing to their self interest, god forbid it is offered to anyone different from them.

So, good luck with that.  But optimists can always hope.
Posted by stan merriman at 2:17 PM