what Is Happening To Democracy? 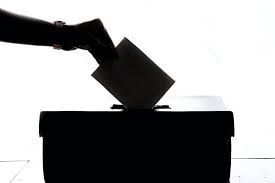 I am hoping to start a series of blogs exploring data on the troubling trend across the globe, including in our own country, away from democracy and toward authoritarian governance.  This is my first installment.

I've gone to a couple of sources for balance:  The Economist Intelligence Unit, a subsidiary of the respected conservative publication, The Economist, and Pew Research, generally regarded as non-ideological.

The Economist's data studies 167 countries and creates a complex index ranking/rating the governments on a scale from "fully democratic" to "authoritarian".  Their index says there are only 23 full democracies among the 167, 52 mostly democracies, 35 hybrids and 57 authoritarian governments. They make the general observation that the trend is away from democracy.  They list the top 5  democracies as Norway, Iceland, Sweden, New Zealand and Canada as of 2020.

Pew research studied 34 country's democracies in 2019 in terms of citizen attitudes toward their government.  52% overall were dissatisfied;  59% of U.S. citizens were dissatisfied with their democracy.

The primary issue Pew research revealed was that citizens believed elected officials did not care about their needs. For example, 46% of U.S. citizens disagreed with the statement that "their country was run for the benefit for all".  In contrast, 56% of Canadians agreed with that statement.  Overall, the countries comprising Eastern Europe rated their satisfaction with that statement higher than citizens of Western Europe and the USA.

Pew research found that gender equality and a fair judiciary were the most important issues for citizens in the 34 democracies.  Freedom of the press also ranked high in citizen priorities, with the USA the highest rating on that quality at 80%.  USA citizens also rated freedom of religion among the highest with democracies at 86%.  I know this is a lot of data to digest, so I'll stop here and let readers digest and think about the meaning of this research as we stumble into a better understanding of our democracy in crisis and grope for solutions.

In perusing various opinion writers on the dynamics of the international nature of this trend, the consensus seems to be that authoritarians, especially government leaders in office observe the results of authoritarian policies elsewhere and are emboldened by their implementation.  The research I've read on authoritarian personality profiling suggests this is a correct observation.

Posted by stan merriman at 1:31 PM